Nothing is more fascinating in cricket than an exhilarating and equal contest between a batsman and a bowler.

Duels between two players at the top of their games always makes for a fascinating rivalry, and cricket has been blessed to witness several of these over the course of its history. From Sachin Tendulkar against Glenn McGrath to Sir Viv Richards versus Jeff Thompson, the sport has seen legendary battles played out across the 22 yards.

However, there are some duels which sound exciting in theory, but shall never materialise. These are between players divided by eras, with their respective playing careers failing to intertwine.

In this series, we play out a few such hypothetical match-ups by closely examining the statistics of the players involved. Below, we see how India’s swashbuckling opener Rohit Sharma would fare against Pakistan bowling great Wasim Akram in the ODI format. 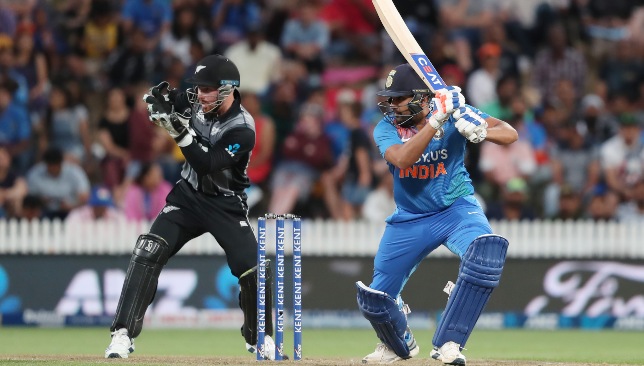 It has been a career of two halves for Rohit Sharma who is now one of the top limited-overs batsmen in business. It wasn’t always the case though, for the right-hander from Mumbai. While he was always considered to be a gifted batsman from his rise through the ranks in age-group cricket, Rohit’s talents didn’t really manifest themselves for India after he was handed his debut in 2007.

When on song, there was a languid brilliance about his batting which made him a delight to watch at the crease. However, those moments of genius were few and far between for a batsman who failed to find consistency for the best part of five years in international cricket.

A move to open the batting for India towards the end of 2012 changed all that and gave way to the current avatar of Rohit. Now, he is arguably only behind his India team-mate Virat Kohli when it comes to the debate over the best ODI batsman of the current generation.

Making centuries for fun in the past few years, Rohit has mastered the art of going big once he gets in. It might have been Sachin Tendulkar who broke the 200-run barrier in ODI cricket, but it is Rohit who has taken double tons to the next level. He is the only batsman to have registered three ODI double centuries and also holds the record for the highest individual score (264) in the format. 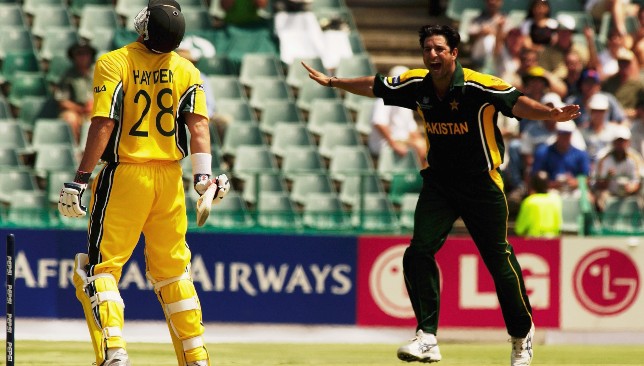 The ‘Sultan of Swing’ was an apt moniker for a fast bowler who had a complete mastery over both swing and seam. While Sri Lanka’s Muttiah Muralitharan might have eventually surpassed his wicket tally, Wasim Akram is still widely considered as the greatest ODI bowler of all time.

The first man to break the 500-wicket barrier in the 50-over format, Akram possessed every quality required to construct the complete fast bowler. Deceptive pace, the ability to move the ball both ways and a lethal yorker were just some of the attributes the Pakistan man brought to the table. That he could generate swing, as well as reverse-swing, meant that Akram was a nightmare to face for any batsman of his time.

In an international career that spanned nearly two decades, the left-armed pacer reached heights that have rarely been touched by any bowler in the ODI format. The man-of-the-match in Pakistan’s sensational win in the final of the 1992 World Cup is just one of the accolades he collected over the course of a distinguished Pakistan career.

Match-fixing controversies might have diminished some of Akram’s incredible achievements on the cricket pitch, though his stature as the best fast bowler in the format’s history remains untouched. His strike-rate of just over 36 in ODIs is brilliant and his lethal new-ball partnership with Waqar Younis was a sight no opening batsman wanted to see.

While Rohit has been on a tremendous run of form since 2013, the India superstar has exhibited a vulnerability against left-arm pace in particular. The right-handed batsman is clearly an excellent player of spin, as his average of over 47 against the slower bowlers proves. He is even stronger against left-armed spinners against whom he averages 53.42 over the course of his career.

Pace, though, is not exactly Rohit’s forte despite his excellence at the pull and hook shots. His career average drops down from nearly 50 to 34.06 when it comes to facing fast bowlers. Against left-arm pace, his struggles become even more evident with a lowly average of just 27.48.

The India man has been dismissed on 25 occasions by left-armed pacers, with three of those dismissals coming for a duck. New Zealand’s Trent Boult has had his number on occasions, with Rohit falling to the southpaw in four out of the 13 occasions he has come up against him.

He also struggled heavily against South Africa’s Lonwabo Tsotsobe, who got the better of him thrice in 10 innings. Even Bangladesh’s Mustafizur Rahman has troubled Rohit by dismissing him three times in just seven innings.

This vulnerability against left-arm pace was also witnessed in the 2017 ICC Champions Trophy final when Mohammad Amir trapped him plumb on the crease early into the innings. 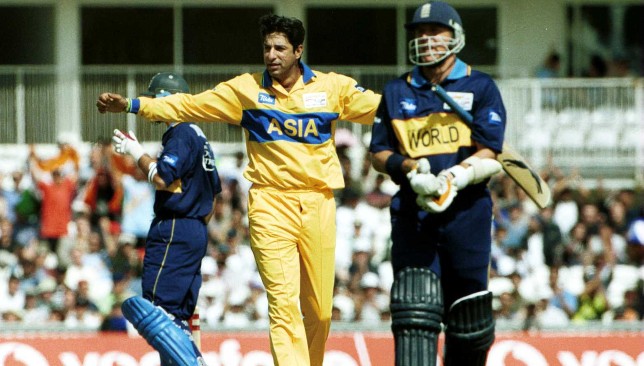 Conversely, Akram thrived when facing right-handed batsmen with 370 of the Pakistan man’s 502 ODI victims arriving against right-handers and 144 of them being ‘bowled’.

It is no surprise to see why Akram has been so prolific against right-handers, with his ability to bring the ball sharply into the batsmen while also possessing the quality to get the odd delivery to move away.

His career bowling average against right-handed batsmen is an eye-popping 13.78. With the new-ball in hand, his ability to generate swing was at its best and it is opening batsmen who have statistically borne the brunt of his genius.

As many as 173 of his ODI dismissals have come in the form of opening batsmen with 40 of them falling for a duck. He averages 14.27 and 18.80 against batsmen in both the opening positions in ODI cricket.

There is no denying Rohit’s brilliance and his prolific numbers over the years means that he will go down as one of the best ODI batsmen to have played the game. It is also worth noting, however, that pitches in limited-overs cricket have become very flat in general in recent times in a bid to generate more high-scoring encounters.

On flat tracks which have become the norm of late in India, England and Australia, Akram’s ability to swing the ball would have been severely blunted. Rohit could very well dominate the Pakistan stalwart in such batting-friendly conditions, but every other statistical evidence points otherwise.

If there’s even a hint of movement in the air, expect Akram to get the better of Rohit more often than not. His track record against right-handers, along with Rohit’s vulnerability to left-arm pace, point towards a clear advantage in the Pakistan man’s favour.

Educators, This Is Our Moment to Defend the Teaching Profession

The UK Does Not Want Huawei Near Its 5G Networks

An apology from New Orleans Saints QB Drew Brees regarding his comments on the American Flag : sports
29 mins ago